“I am inspired to make these mechanical sculptures because of my appreciation for mechanical devices, and I love working with wood. Once I get an idea for a piece, my aim is to incorporate into it, not only a sense of style, proportion, and perhaps a certain degree of elegance, but also to create something which does justice to the medium from which it is made. 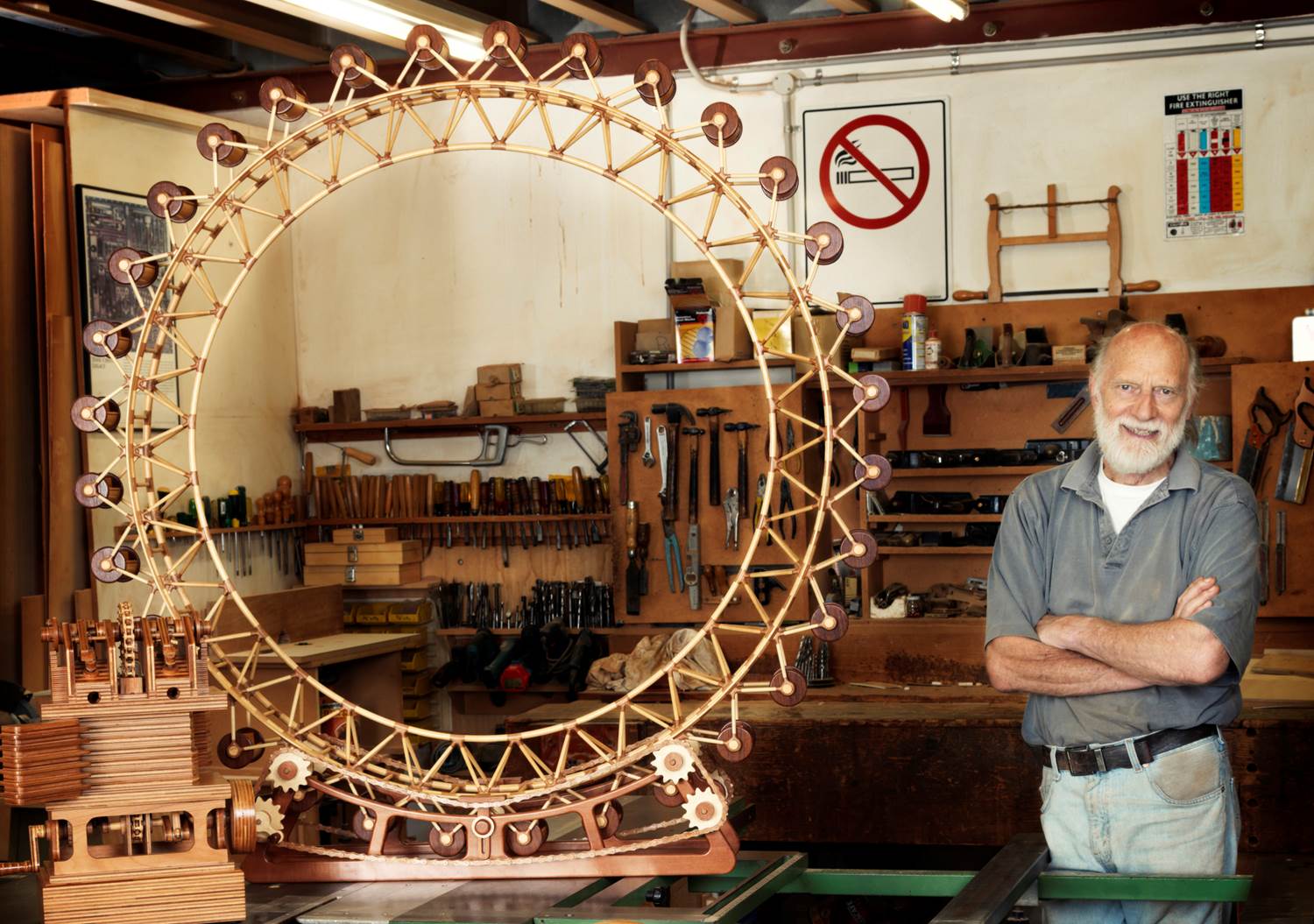 I am not disappointed if they do not sell, I just love making them and meeting whatever challenges they may present in the way of new techniques, during their design and construction. My ideal would be for them to find their way, by whatever means, into recognised galleries and/or collections.” 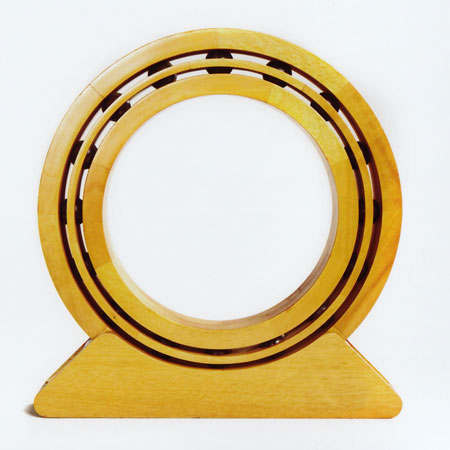 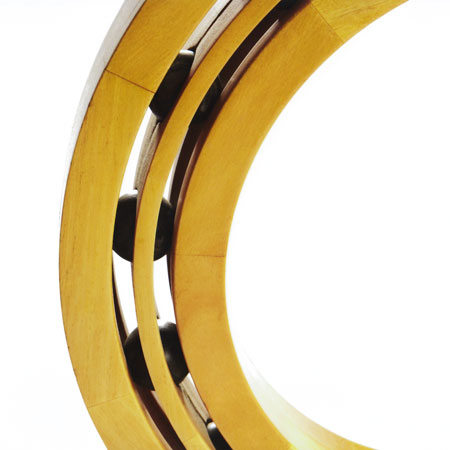 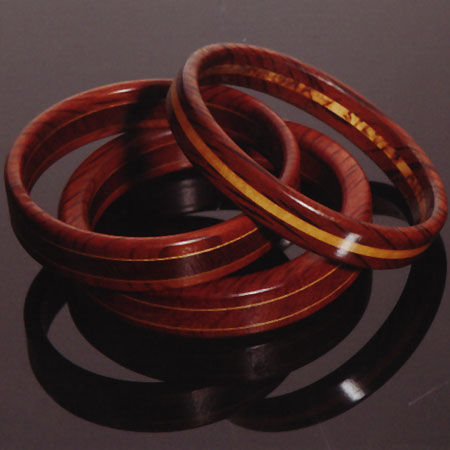 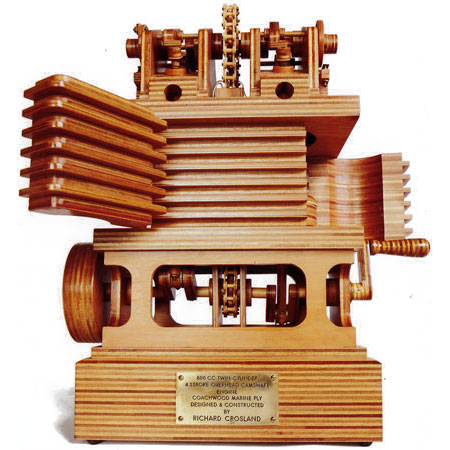 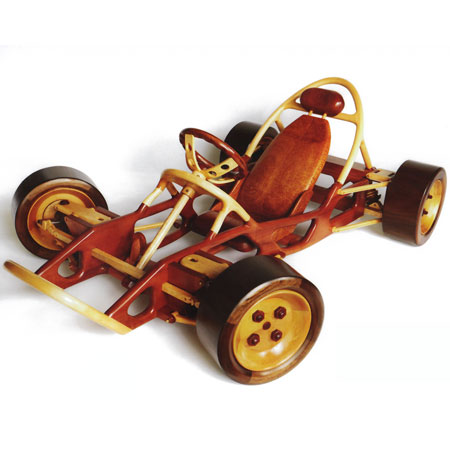 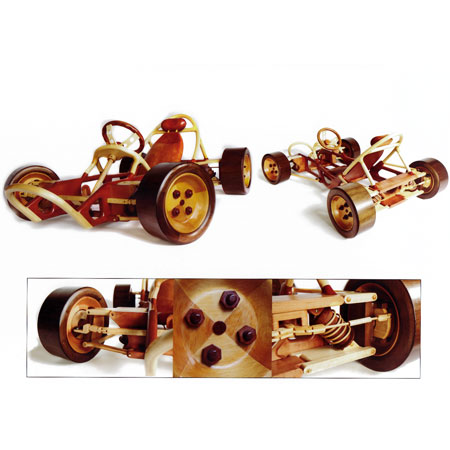 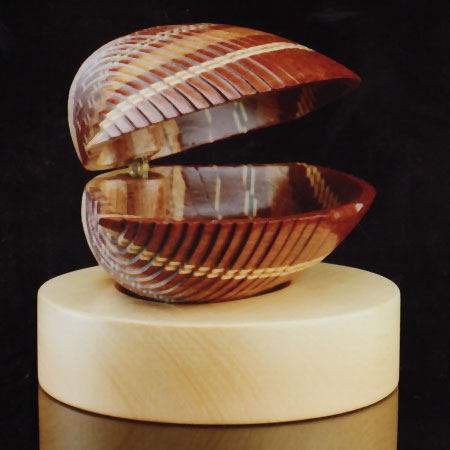 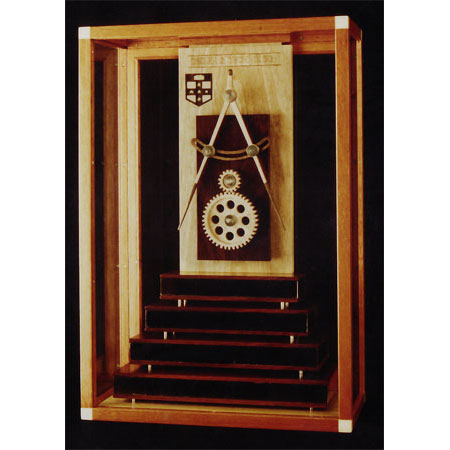 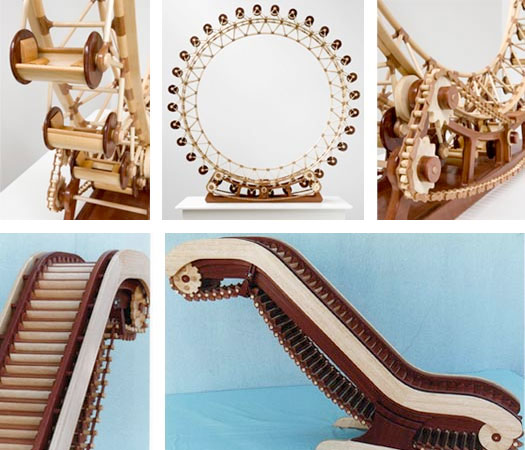 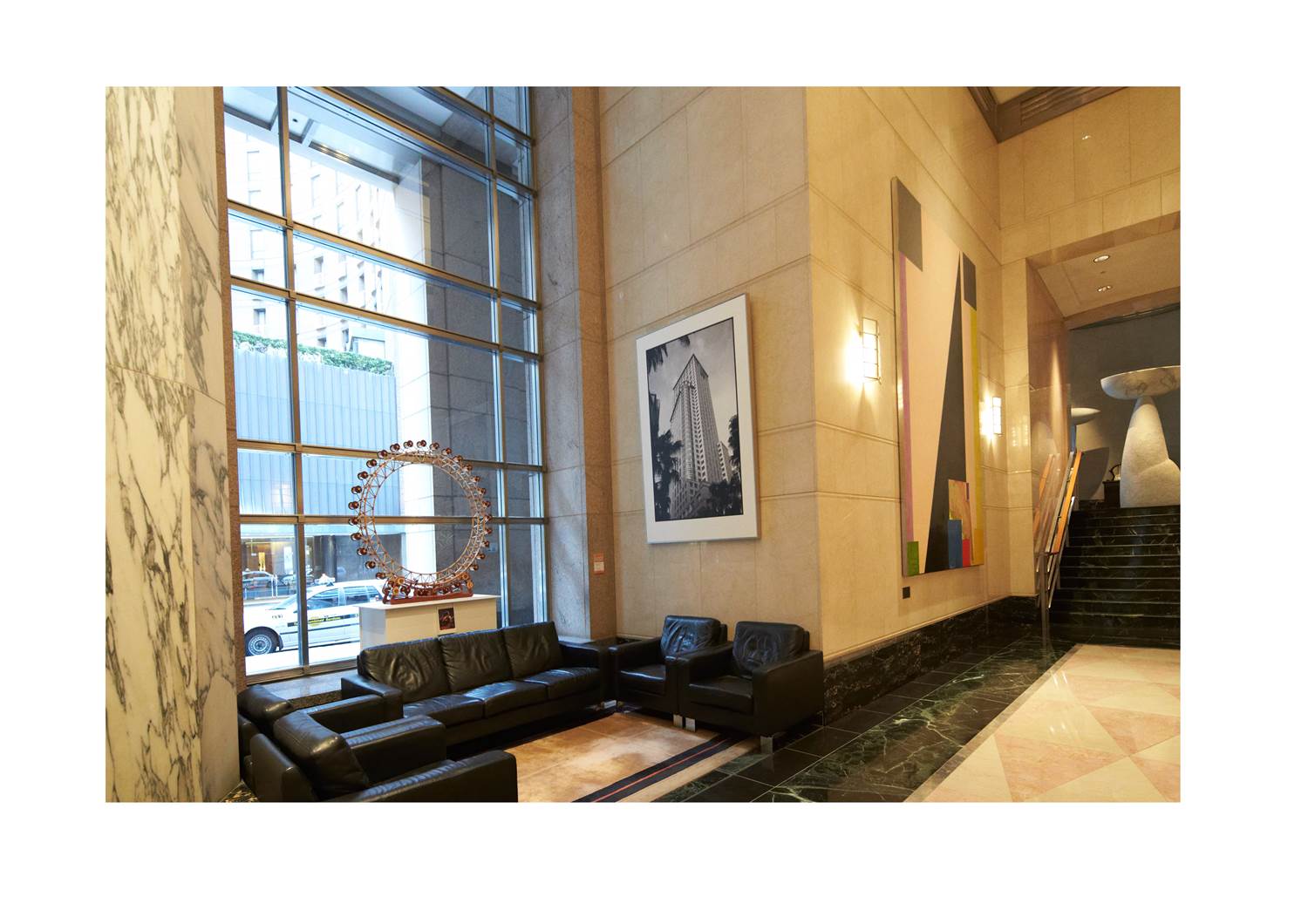 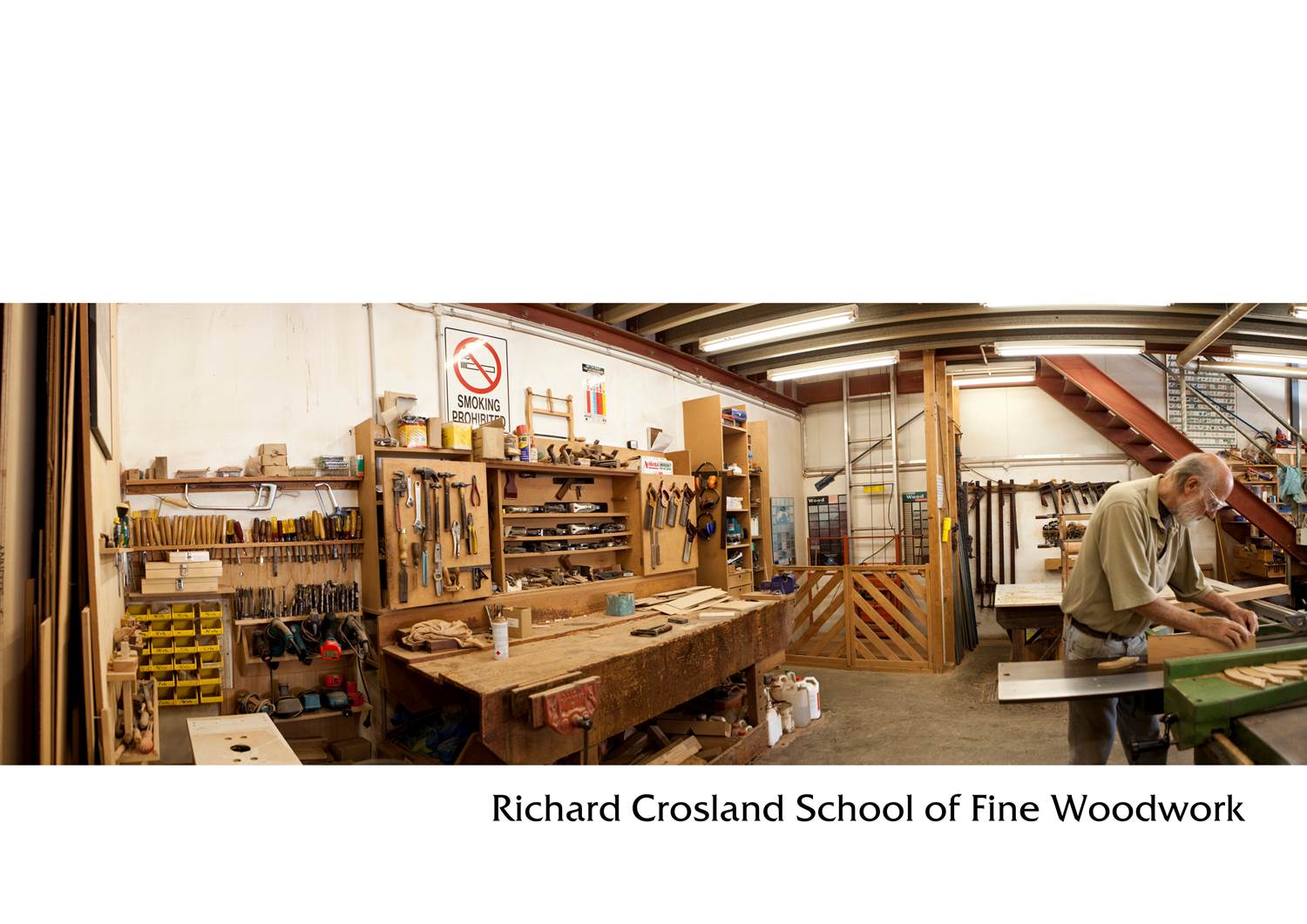 Born in England, Richard Crosland began working with wood in Australia in the late sixties. By 1970, he was designing and making furniture on commision and by 1977, he was teaching cabinet making at Sydney Technical College. In 1979, while continuing his commisioned work, he established his own woodworking school, both of which he maintains today.
Over the intervening years he has also taught Summer Schools at Sturt Workshops and the University of NSW and has been Artist-in-Residence at the Canberra School of Art woodwork studio and Sydney Grammar School, NSW. In 1987/88 Richard was on the board of the Craft Council of NSW. He has been involved in numerous exhibitions and group shows, including regular representation at the Woodwork and Craft Expo exhibitions and his work has been included in many publications both here and overseas. He has also written a book, called Wood Working Course, published in 1996. 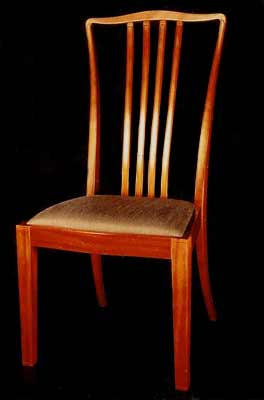 His television and radio appearances, and the press attention he has received, attest to the respect with which his work is regarded, as does the number of commisions, both private and commercial, which he continues to fulfil.

“I came to woodworking via a change of career. I started by renovating terrace houses in the early 70’s subcontracting some work, but learning on the job how to do the finer cabinetmaking work myself. After 7 years of making self-taught custom-built furniture, both built in and free standing, I enrolled in the 2 year Advanced Cabinetmaking Course at tech. During the second year, I was invited to teach (part-time) Stages I, II and III of the apprenticeship cabinetmaking course, which I had not done myself. Teaching is a very effective way of learning! This I did for about 3 years, during which time I established my own School of Fine Woodwork.”

I am open to suggestions for these pieces to be displayed publicly, rented for an agreed fee per month in foyers or shop windows, bearing in mind that they are fairly fragile and not easily transported. 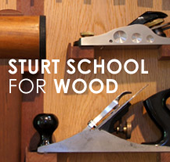